Quick update on the Clissold Park project. Work is cracking on at a high speed, with workers on site 6 days a week and often until gone 7pm. This is the last week of the old playground, before it closes on November 1st, presumably to be demolished so the space can be incorporated into what looks like being the largest children's playground in N. London. It's pretty much the size of a football pitch. Rumours are flying about how far parents will come to visit. Some are even saying it will increase the demand for flats and houses nearby from parents of young children.

In the last week or so the beginnings of the new "Wheels" skatepark can be seen. The full map of the play area can be found here, but the section below is the detail of the skatepark. 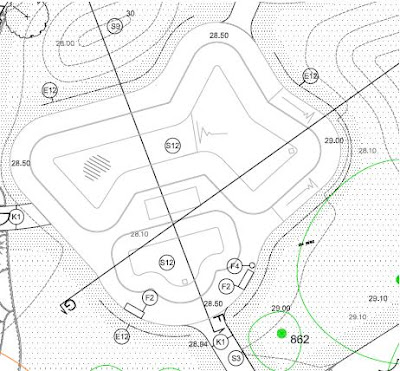 And here's what it actually looks like today, Oct 28th: 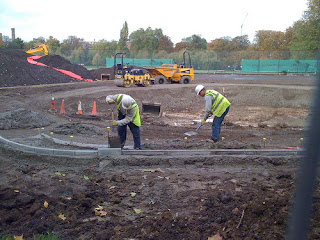 Speaking to the construction crew I was told that it was due to be finished by Christmas, although the whole space won't be open to the public until March at least. For Hackney, this appears to be an exceptionally well run project. What could go wrong?
Posted by Unknown at 16:42